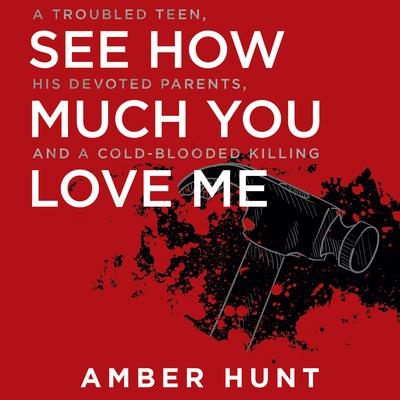 See How Much You Love Me: A Troubled Teen, His Devoted Parents, and a Cold-Blooded Killing

"I KILLED MY PARENTS."

Seventeen-year-old Tyler Hadley posted an invitation on Facebook: party at my crib tonight. But this was no ordinary house party in the Florida suburbs; it was a grisly crime scene. Later that night, Tyler revealed to his best friend, Michael, that he'd bludgeoned his parents to death with a hammer. Michael didn't believe him…until he entered the master bedroom and saw the bodies of Tyler's parents on the floor—murdered, beyond the shadow of a doubt.

"THEY DESERVED IT."
Mary Jo and Blake Hadley had always known their son had a dark side. He would make disturbing jokes about murder on Facebook. He apparently idolized the infamous Menendez brothers, who murdered their parents for money. But how could they have known their son was dead serious? What kind of person could kill his mother and father, throw a party with their bodies in the next room, and brag about it? This riveting account by an award-winning journalist takes you deep inside the mind of a troubled teenager—and behind the scenes of a true American nightmare…

Amber Hunt is a seasoned journalist who handles investigations and consumer affairs issues for the Cincinnati Enquirer. She formerly worked as a crime reporter for the Detroit Free Press and was a 2011 Knight-Wallace Fellow at the University of Michigan, where she studied the importance of empathy in urban crime reporting. She has received numerous awards for her reporting from the Michigan Associated Press and won the 2005 Al Nakkula Award for Police Reporting.