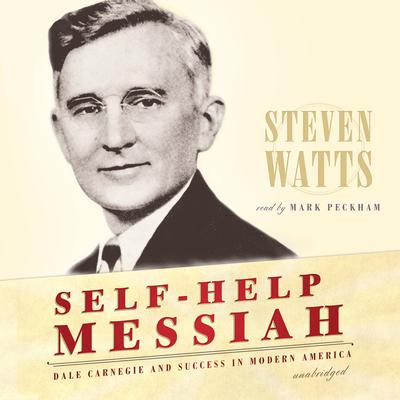 Before Stephen Covey, Oprah Winfrey, and Malcolm Gladwell there was Dale Carnegie. His book, How to Win Friends and Influence People, became a bestseller worldwide, and Life magazine named him one of the "most important Americans of the twentieth century." This is the first full-scale biography of this influential figure.

Dale Carnegie was born in rural Missouri—his father a poor farmer, his mother a successful preacher. To make ends meet he tried his hand at various sales jobs, and his failure to convince his customers to buy what he had to offer eventually became the fuel behind his future glory. Carnegie quickly figured out that something was amiss in American education and in the ways businesspeople related to each other. What he discovered was as simple as it was profound: understanding people's needs and desires is paramount in any successful enterprise. Carnegie conceived his book to help people learn to relate to one another and enrich their lives through effective communication. His success was extraordinary, as 1920s America craved a little psychological insight that was easy to apply to everyday affairs.

Self-Help Messiah tells the story of Carnegie's personal journey and how it gave rise to the movement of self-help and personal reinvention.

“Steven Watts’ Self-Help Messiah is a fantastic page-turner about the complicated pop guru of the American positive thinking movement. Dale Carnegie was a master marketeer and commonsense philosopher. This first-rate biography does the legend justice. Highly recommended.” —Douglas Brinkley, New York Times bestselling author
“Henry Ford, Walt Disney, Hugh Hefner, and now Dale Carnegie. Steven Watts is the Plutarch of American modernity.” —Robert Westbrook, USA Today bestselling author
“Watts situates Carnegie’s story in a rich account of the dawning age of consumerism, mass entertainment, and a new business culture centered on salesmanship and smoothly meshing corporate bureaucracy rather than rugged individualism. Watts’s lucid prose and shrewd analysis gives us an absorbing portrait of Carnegie and the America he both reflected and shaped.” —Publishers Weekly (boxed and starred review)
“Self-Help Messiah is carefully researched and vigorously written, a pleasure to read and ponder. Don’t miss it!” —Jackson Lears, author of Rebirth of a Nation: The Making of Modern America, 1877–1920
“As Steven Watts suggests in his new biography, Self-Help Messiah: Dale Carnegie and Success in Modern America, the conventional wisdom business guru presaged many of the bedrock concepts of the information economy.” —Bookforum
“A fascinating portrait of the father of self-help and incisive analysis of the mercurial era that produced him.” —Kirkus Reviews
“An insightful and comprehensive new biography.” —Economist
“By embedding Carnegie into such broad historical shifts, Mr. Watts tells a story as jaunty as his protagonist.” —Wall Street Journal

Steven Watts is a professor of history at the University of Missouri. He is the author of The People’s Tycoon: Henry Ford and the American Century and The Magic Kingdom: Walt Disney and the American Way of Life.