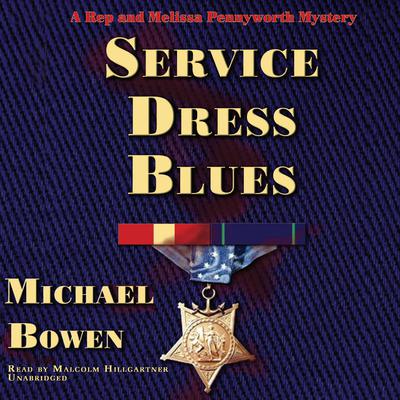 This contemporary puzzle mystery features Rep and Melissa Pennyworth, a bantering, plucky couple. Rep, a trademark and copyright lawyer, has followed Melissa to Milwaukee in her quest for a university assistant professorship.

Then, on the night before the Army-Navy game, a midshipman is found stark naked and barely alive in a cheap motel near the Naval Academy in Annapolis. The victim’s closest relatives are Ole and Lena Lindstrom, a pair of aging but scrappy Wisconsin political activists who had asked Rep for copyright advice. Ole and Lena have a well-earned reputation for trading punches with each other, and when Ole is murdered, Lena becomes an instant suspect. But Rep and Melissa suspect there is more involved, including a connection between the midshipman’s mugging and Ole’s murder.

Mike Bowen, a graduate of Harvard Law School with a passion for politics, is a retired trial lawyer and the author of numerous mystery novels. He is also author of the entry on the American legal system for the Oxford Companion to Crime and Mystery Writing, and he has served on the juries that selects the winners of the Edgar Awards.