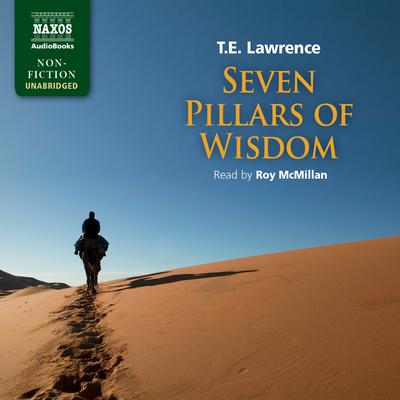 Although T. E. Lawrence, commonly known as Lawrence of Arabia, died in 1935, the story of his life has captured the imagination of succeeding generations. Seven Pillars of Wisdom is a monumental work in which he chronicles his role in leading the Arab Revolt against the Turks during the First World War. A reluctant leader and wracked by guilt at the duplicity of the British, Lawrence nevertheless threw himself into his role, suffering the blistering desert conditions and masterminding military campaigns that culminated in the triumphant march of the Arabs into Damascus.

T. E. Lawrence (1888–1935) was one of five illegitimate children born to the Seventh Baron of Westmeath. He studied at Jesus College, Oxford where he became interested in the Middle East. He worked for British Intelligence during the First World War and fought with the Arab forces to defeat the Turks. His exploits earned him the title of “Lawrence of Arabia” back in Britain.