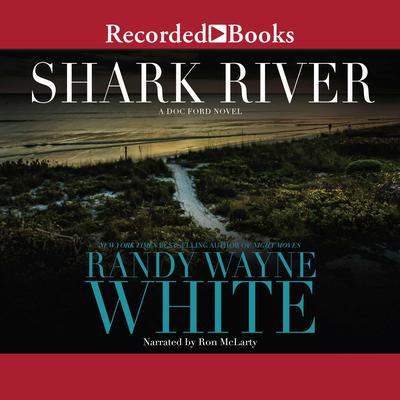 Randy Wayne White is a journalist, veteran fishing guide, and author of several nonfiction collections. He also creates superb, best-selling suspense fiction. His novels have received the highest praise from Library Journal and Booklist, and from authors like Carl Hiassen, who says, "Randy Wayne White takes us places that no other Florida mystery writer could hope to find." Marine biologist Doc Ford is spending two easy weeks on luxurious Guava Key compiling data. But when two young women at the resort are attacked, Doc comes to their rescue. In an instant, he is pulled into an international plan of revenge that becomes more deadly with each passing hour. Now, Doc isn't counting fish--he's adding up his chances for survival. Shark River's eye-popping chases, eccentric characters, and taut suspense are all seasoned with a rich, dark humor that heightens the irony of Doc's predicament. From its astonishing first sentence to the final punchline, this book is sure to grab every listener in its powerful grip.

“One of the nation’s most accomplished wordsmiths at the top of his game.” —Tampa Tribune
“Maintains an edgy sense of adventure…White’s strong sense of place and people keep us wanting to return to Florida’s west coast.” —Albany Times Union
“The story doesn’t move in a single forward direction. Rather it is woven knot by knot, the work of a master net maker. Tense action scenes, skillful character development and an unerring eye for local flora and fauna make White a match for any Florida storyteller.” —Publishers Weekly
“A nicely written thriller with clever, convincing dialogue…Narrator McLarty serviceably pulls out the tough-guy persona he uses so often on tape, giving us a clear, clean rendition.” —AudioFile
“Comes together in a rousing finale…in a tropical island version of the OK Corral. Ford remains the most consistently entertaining of the latter-day Travis McGees, as White continues to mix action and introspection in just the right proportions.” —Booklist