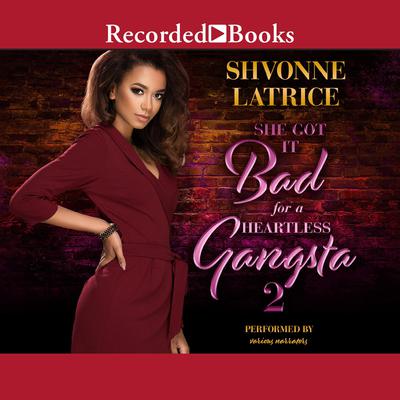 She Got it Bad for a Heartless Gangsta 2

The She Got It Bad for a Heartless Gangsta Series: Book 2

Ricky AK has never been one to shout threats and not pull through. The heartless gangsta has also never been one to take being threatened lightly. When faced with a problem that could ruin the relationship he has built with Draylah, Ricky AK takes extreme measures to make it all go away. But as the old saying goes, what's done in the dark will always come to light, and even though Ricky AK took precautions to prevent that, the light shined ever so brightly on his horrific doings. Will Draylah be able to shake crazy Ricky AK like a bad habit, or will she realize that he's got it just as bad for her as she for him, and isn't willing to let her go so easily? Not to mention, there is only one Ricky AK and Draylah has a hard time facing that fact when trying to be without him. In the second installment, secrets that were supposed to be kept until forever, come pouring out like a waterfall, devastating the people it involves. The other couples return as well, with one losing the luster and excitement it once had, and the other taking their relationship from being subtle enemies to lovers.