Sherman’s March: An Eyewitness History of the Cruel Campaign That Helped End a Crueler War

General William Tecumseh Sherman is known as the man who said “War is hell” and who waged it so fiercely that it left a permanent scar on the Southern psyche. But Civil War historian Richard Wheeler offers a new view of Sherman, as a man of compassion as well as conviction, a military leader who was ahead of his time in understanding that the destruction of supplies and property—the means to wage war—was as important as meeting and destroying enemy armies.

Wheeler has created a seamless, highly readable yet historically accurate narrative with extracts from letters, diaries, memoirs, and first-person reports from the period. The result is a dramatic and detailed account of this important campaign as one which, though highly destructive, doubtlessly shortened the Civil War appreciably, saving thousands of lives, Rebel as well as Yank.

“Though adequate as to military strategy, the book’s real strength is its portrayal of the human side of the great march...The book stands as an absorbing, dramatic account of the famous march.” —Kirkus Reviews 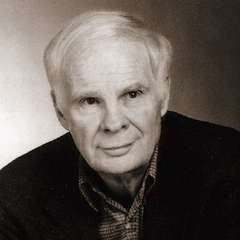 Richard Wheeler, an ex-marine, is the award-winning author of numerous books of military history, eleven of which deal with different Civil War campaigns and battles, including Voices of the Civil War, winner of the New York Civil War Round Table’s Fletcher Pratt Award. Wheeler is also the author of Voices of 1776: The Story of the American Revolution in the Words of Those Who Were There.