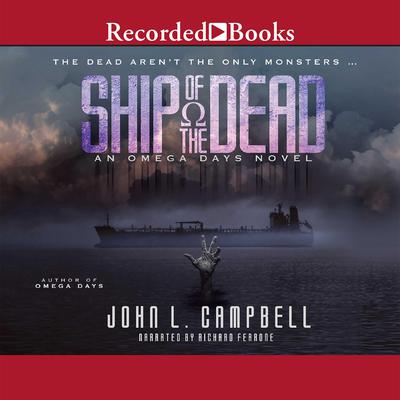 Ship of the Dead: An Omega Days Novel

In the weeks following the Omega Virus outbreak, survivors form desperate clusters, uniting to defend against hordes of the walking dead. But they can only hide for so long . Father Xavier Church never wanted to be a leader. Nonetheless, he's grown attached to his fellow survivors, and he won't let anyone cause them harm-though he may be the one who inadvertently leads them to destruction . Ex-con Bill Carnes may crave freedom, but he still prefers sticking with the group rather than fleeing to Mexico with his former cellmate TC. Maybe he's changing. Or maybe the look in TC's eyes is more dangerous than the undead . EMT Rosa Escobedo gave up on hope after she watched the man she loved rise from the dead. But when a patient seems to start getting better, she can't help but hope for a cure, even if it means risking her life . As the numbers of the dead swell, the living are running out of safe havens-especially when the biggest threats lie within their own ranks.

John L. Campbell was born in Chicago and attended college in North Carolina and New York. His short fiction has appeared in numerous anthologies, literary magazines, and e-zines, as well as in two of the author’s own collections. He lives with his family in the New York area.