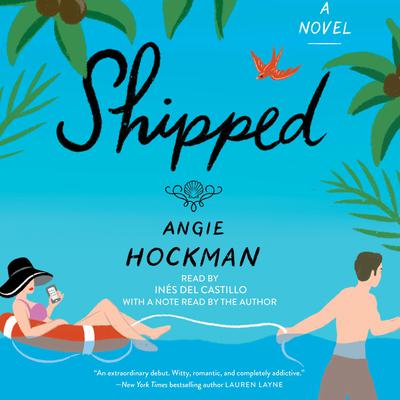 A CNN Pick of the Month

A Goodreads Pick of Most Anticipated Romances of 2021

The Unhoneymooners meets The Hating Game in this witty, clever, and swoonworthy novel following a workaholic marketing manager who is forced to go on a cruise with her arch-nemesis when they’re up for the same promotion.

Between taking night classes for her MBA and her demanding day job at a cruise line, marketing manager Henley Evans barely has time for herself, let alone family, friends, or dating. But when she’s shortlisted for the promotion of her dreams, all her sacrifices finally seem worth it.

The only problem? Graeme Crawford-Collins, the remote social media manager and the bane of her existence, is also up for the position. Although they’ve never met in person, their epic email battles are the stuff of office legend.

Their boss tasks each of them with drafting a proposal on how to boost bookings in the Galápagos—best proposal wins the promotion. There’s just one catch: they have to go on a company cruise to the Galápagos Islands...together. But when the two meet on the ship, Henley is shocked to discover that the real Graeme is nothing like she imagined. As they explore the Islands together, she soon finds the line between loathing and liking thinner than a postcard.

With her career dreams in her sights and a growing attraction to the competition, Henley begins questioning her life choices. Because what’s the point of working all the time if you never actually live?

Perfect for fans of Christina Lauren and Sally Thorne, Shipped is a fresh and engaging rom-com that celebrates the power of second chances and the magic of new beginnings.

“Charming, witty, and sure to whisk you off your feet.” —CNN
“[A] laugh-out-loud debut about love on the high seas…With flawed but lovable characters and exotic locales, this quirky, thoughtful love story will whisk readers away.” —Publishers Weekly
“An extraordinary debut. Witty, romantic, and completely addictive.” —Lauren Layne, author of Passion on Park Avenue

Angie Hockman is a 2019 winner of the Romance Writers of America Golden Heart award. Her professional background includes stints in law, education, and eco-tourism, but these days you can find her writing romantic stories, enjoying the outdoors with her family, or dreaming of her next travel adventure. Visit AngieHockman.com or follow Angie on Instagram and Twitter @Angie_Hockman.