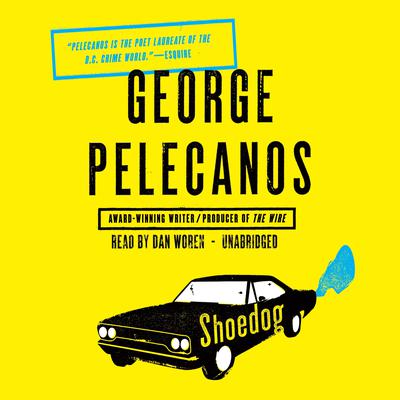 Constantine is a drifter, a man with a lot of miles behind him, a lot more ahead, and a number of jobs in between that never showed up on anyone's books. He hitches a ride on a bright spring morning with a little man named Polk. Heading down a country road in Polk's hopped-up muscle-car, the two men share a few cigarettes. This is how it starts.

Later, when Constantine walks toward the big brick house, the Beat in his head, the grip of the .45 warm in his hand, the siren wailing in the night at his back, he thinks that the whole thing started on that road, with the car stopping for his upturned thumb. He thinks that the things that happen to a man are put in motion by something just that small, that random. He thinks about that, and he laughs. But he keeps walking. Shoedog is noir writing at its finest, a modern crime novel with the lingering resonance of good whiskey and the brutal recoil of a shotgun blast.

“Pelecanos has created a fictional world of characters that are as real as the streets they walk on.” —Oregonian (Portland, OR)
“Pelecanos’ haunting, gritty story works its way deep into his readers’ collective psyches, simultaneously shocking, attracting, and repelling us with its unvarnished, unbeautiful realism and its explosive, stomach-churning violence. An exceptional, memorable book from a fine writer.” —Booklist

George Pelecanos is the New York Times bestselling author of numerous novels set in and around Washington, DC. His works have earned him the Raymond Chandler Award in Italy, the Falcon Award in Japan, and the Grand Prix Du Roman Noir in France. He is also an independent-film producer, an essayist, and a producer and Emmy-nominated writer of the HBO hit series The Wire. He writes for the acclaimed HBO series Treme.