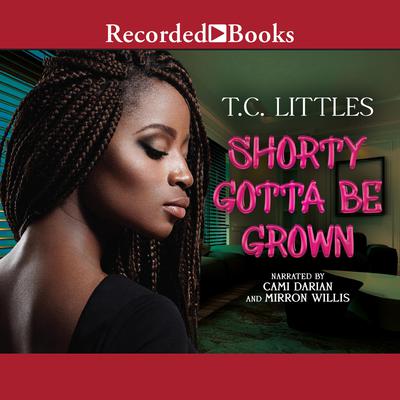 Being raised in the game by conniving, money-hungry, married-to-the-streets parents, the only thing seventeen-year-old Porsha Jackson was sheltered from was fairy tales. Calvin, her father, is one of the most feared and respected drug dealers in the city, and Trinity, her mother, has a reputation for a firm hand and on-point aim.

From hustling and grinding to balancing a few hours of school a week to keep social services off the family’s back, Porsha has been groomed from an early age to hold her own and help run the family’s business. Now that she is a few months away from turning eighteen, she’s anxious to be grown and have freedom from Cal and Trin’s control. All she wants is to have a lavish apartment and cuddle up with her secret boo, Elvin Street Thomas, who also happens to be one of her father’s most trusted street hustlers.

When she’s too grown and in way over her head, the snake has already slithered his way into her heart, and the Jackson family will be hit with the worst luck ever.

T. C. Littles was born, raised, and is still residing in Detroit. She pens realistic urban tales that are raw and gritty. Picking up the craft at an early age, she’s been climbing up the literary ladder one level at a time. She became an Essence bestselling author with the publication of her freshman novel Knowledge Costs.