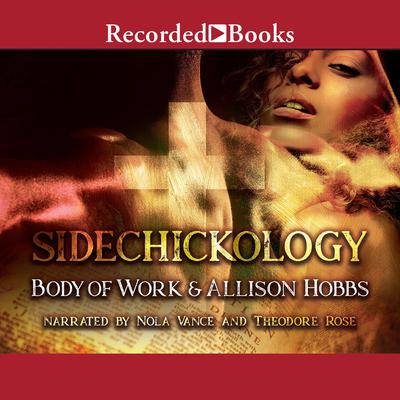 SidechickologyBy Body of Work and Allison HobbsReverend Donahue Donny Cambridge, III, 42 years old, is originally from St. Louis, Missouri. Donahue is the Associate Pastor at The Mighty Fortress Baptist Church, which was founded by his great grandfather and handed down to his grandfather and his father. However, Donahue was not gifted the church upon his fathers death. It was given to Emerson Maynard instead, Donahue IIs protégé. Donahue II felt that Donny was not capable of either leading the church without messing up the finances, or keeping the congregation engaged and in well attendance. Bottom line: a poorly attended church is a poorly funded church. While Donny had the looks and pedigree, he lacked the charm and overpowering presence that it would take to keep the tithes flowing.Donahue has a love-hate attachment to Emerson. Part of him reveres him and looks upon him as his idol. The other part is envious of the fact that Emerson overshadows him at every turn, even if it is not intentional. Emerson allows Donny to preach once a month and gives him leadership over the youth ministry, Bible Study, and the deacon board but never lets him forget who the HTIC (Head Theologian In-Charge) is. Donahue is a manwhore, a male slut, and puts on pretenses with the women so they will put out when he has an urge. They cater to his various desires. His main chick, Mahalia, will spread her legs but wont suck dick or do anal. Nor does she allow him to dine between her legs. But Mahalia is his cover in the sense that he appears to be able to get and keep a woman to his peers. But he has no intention of ever marrying her, even though that is her only goal in life. Donny has conquered dozens of women during his three-year situationship with Mahaliasome from the congregation but mostly random chicks he runs across around the gateway to the west. His latest project is Koolaidria, named after her mothers favorite sugary drink at the time of her birth. Known as Kool for short, she is thirty-six and has struggled her entire life to get a man to make a commitment to her and her self-esteem is in the toilet. She grew up poor and is now living paycheck to paycheck and trying to raise her five kids. Emerson Maynard, 44 years old, born and raised in St. Louis. The son of a single mother was mentored by the late Rev. Cambridge and followed in his footsteps, Reverend Maynard has been married to Danielle for twenty-two years. They have two daughters. One is away at college and the 14-year-old resides at home. In a neighboring city, he has a mistress, Sierra. Omari is their four-year-old son whom he adores. Living a double life has been complicated, leading to drinking issues that he has managed to conceal from his two families and the congregation that idolizes him. He believes he loves Sierra and his wife equally and always buys duplicate presents for both Danielle and Sierra. Sierra is young, attractive, educated, and is definitely wife material. She can't believe that after planning her life so carefully, she ended up being the side chick. At thirty years old, Sierra was patient for the first four years of their relationship but now that she and Emerson are into the fifth year, she is desperate to become the pastors wife. It doesnt help that his assistant pastor is adding to his problems by disgracing the church by recklessly whoring around with anything in a skirt. If Donahue were anyone else, Emerson would have kicked him out of the church long ago, but the fool is his childhood friend and also his mentors son. Motivated by loyalty, Emerson puts up with Donahues behavior to a point. Meanwhile, during a couples counseling session that Emerson is conducting, he meets a beautiful and deeply troubled, unhappy wife. Feeling compelled to help her, he is led down a path of immorality and sin that threatens to destroy everything hes built.