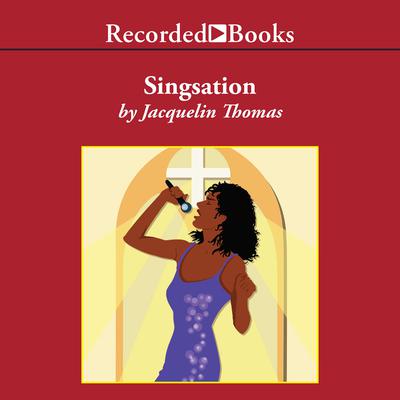 Hidden Blessings, the debut novel by the highly acclaimed author Jacquelin Thomas, became a popular made-for-television movie for Black Entertainment Television. In Singsation she focuses on a young woman's journey into maturity. While singing hymns in church back home in Georgia, Deborah Anne Peterson was confident about the role God played in her life. Performing her way to stardom, she is now having a tough time finding time for prayer and meditation. In the world of glitz and glamour, Deborah Anne attends the hottest parties, wears the latest fashions, and makes more money than she ever dreamed of. So why is she feeling so lonely? A realistic portrayal of the temptations met on the road to fame and fortune, Singsation delivers a clear message--a relationship with God must be the priority. Narrator Susan Spain's performance is filled with heart and soul.

Jacquelin Thomas is an award-winning, bestselling author of more than eighty books of romance, women’s fiction, inspirational fiction, and young adult books. Her book Divine Confidential was nominated for a 2008 NAACP Image Award. Other awards she has won include two EMMA awards, the Romance in Color Reviewers Award, Reader’s Choice Award, and the Atlanta Choice Award. She was a 2005 honoree at the Houston Black Film Festival for the movie adaptation of her novel, Hidden Blessings. She was the first recipient to receive the Writers Achievement Award at the North Carolina Book Festival in Winston-Salem. She also received a Lifetime Achievement Award from Romantic Times Magazine.