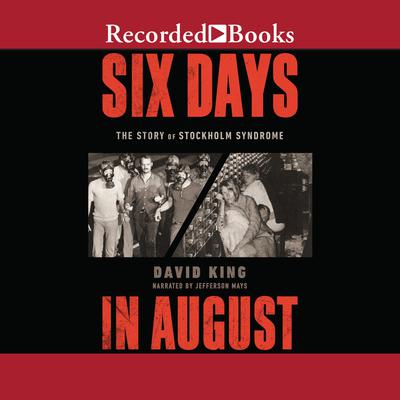 Six Days in August: The Story of Stockholm Syndrome

The definitive account of the bizarre hostage drama that gave rise to the term Stockholm Syndrome. On the morning of August 23, 1973, a man wearing a wig, makeup, and a pair of sunglasses walked into the main branch of Sveriges Kreditbank, a prominent bank in central Stockholm. He ripped out a submachine gun, fired it into the ceiling, and shouted, The party starts! This was the beginning of a six-day hostage crisis?and media circus?that would mesmerize the country, drawing into its grip everyone from Swedens most notorious outlaw to the prime minister. By the end, the police and press alike would have a new way to understand the complicated emotional relationship between captor and captive. Based on a wealth of previously unavailable sources, including rare film footage, and unprecedented access to the main participants, Six Days in August is a groundbreaking work of nonfiction?a rich human drama of loyalty and betrayal, obedience and defiance, fear and attraction.

David King is a Fulbright scholar with a master’s degree from Cambridge University, and the author of Finding Atlantis, which was a Main Selection of the Book of the Month Club and which has been translated into several languages. He lives in Lexington, Kentucky, with his wife and daughter.