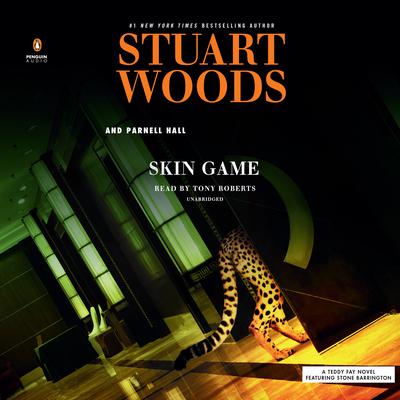 By Stuart Woods  and Parnell Hall
Read by Tony Roberts

Teddy Fay returns to his roots in espionage, in the latest thriller from #1 New York Times-bestselling author Stuart Woods.

When Teddy Fay receives a freelance assignment from a gentleman he can't refuse, he jets off to Paris on the hunt for a treasonous criminal. But as Teddy unearths more information that just doesn't seem to connect, his straightforward mission becomes far bigger--and stranger--than he could imagine. The trail of bread crumbs leads to secrets hidden within secrets, evildoers trading in money and power, and a global threat on an unprecedented scale. Under the beautiful veneer of the City of Lights, true villainy lurks in the shadows...and Teddy Fay alone can prevent the impending disaster.

Ingenious. —Kirkus Reviews
“The ingenious ways in which Teddy outwits his adversaries is a large part of this entry’s appeal. Series fans will hope he has a long career. —Publishers Weekly
The pure voyeuristic joy of this series lies in Fay's remarkable skills and the abundance of gadgets and resources at his fingertips. . . . A galloping good read. —Booklist

Stuart Woods is a New York Times bestselling author. His first novel, Chiefs, won an Edgar Award for Best First Novel and was made into a television miniseries starring Charlton Heston. His other works include the Stone Barrington novels, the Holly Barker novels, the Ed Eagle novels, and a number of stand-alone works. A former president of the Private Eye Writers of America, he has been a finalist for an Edgar, two Lefty Awards, and three Shamus Awards. He was born in Manchester, Georgia, and earned his BA degree in sociology at the University of Georgia.

Parnell Hall is the author of the Stanley Hastings private eye novels, the Puzzle Lady crossword mystery series, and the Steve Winslow courtroom dramas. His works have been finalists for the Edgar, Shamus, and Lefty awards. He is also an actor, screenwriter, and former private investigator.