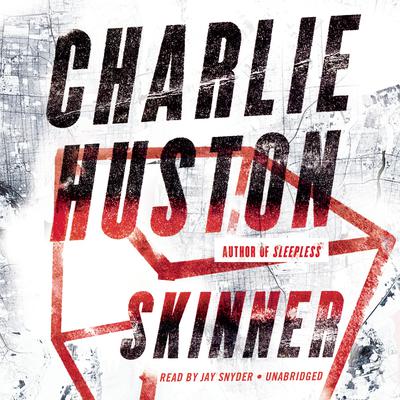 Skinner was raised in a box. Deprived of external stimuli, but showered with attention, Skinner was trained to be brilliant, lightning fast, and ruthless. He attended MIT where he stood out to no one—except the CIA. Over the course of his career, Skinner became the world's most feared intelligence operative. His motto: you cannot take what I have. When the US power grid comes under attack by cyber terrorists, the government decides that the only person who can protect it is Skinner. But he needs help, from Jae, a computer programmer and robotics expert who is an expert at determining patterns. With her tracking skills and his ruthlessness, they work together, tracing the terrorists to their source. From France to Miami to Sweden to India, Skinner and Jae refuse to rest until the terrorists are brought to justice. Skinner is Charlie Huston's masterpiece: an international thriller with epic consequences.

“Mind-bendingly original, from the characters, to the dialogue, to the sensory-overloaded world that feels eerily like the one we’re about to live in.” —Booklist (starred review)
“Stunningly original characters, wildly surprising twists, and an ending that’s both unexpected and moving make this an extraordinary genre stand-alone.” —Publishers Weekly
“A cyberterrorist attack against America looms in this grim, hard-edged thriller from Edgar Award–nominated author Huston.” —Kirkus Reviews