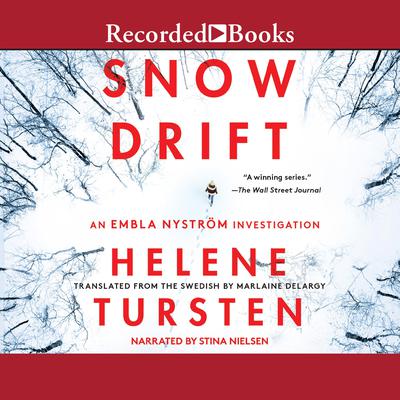 When a new lead breaks in the cold case that has long haunted Swedish Detective Inspector Embla Nyström, the truth she’s been seeking about her best friend’s disappearance may finally be revealed—if it doesn’t kill her first.

One winter night, 28-year-old Detective Inspector Embla Nyström receives a phone call that sends her reeling. It’s been fourteen years since her best friend disappeared from a nightclub in Gothenburg, but Embla recognizes her voice before the call abruptly disconnects. Embla is thrilled to learn Lollo is still alive, but before she can dive into the case, she gets another phone call—this time from a relative. A man has been found shot dead in one of the guest houses he and his wife manage in rural Sweden. Could she come take a look?

When Embla arrives on the scene, she receives another shock. The dead man is Milo Stavic, a well-known gang member and one of the last people seen with Lollo. And, as Embla soon learns, the same night that Milo was shot in the guest house, his brother Luca was also killed. Why, after all these years, is someone targeting the Stavic brothers, and where is the third brother? With help from a handsome local detective and his police dog in training, Embla launches an investigation into the three Stavic brothers, hoping it will bring her closer to finally finding Lollo and putting an end to her terrible nightmares.

“Spellbinding…The action includes a spectacular chase sequence, a bombshell twist that turns the cases around, and an explosive firestorm. This stunning page-turner is unarguably the best in the series.” —Publishers Weekly (starred review)
“The settings in this personal-twist police procedural ring true, including descriptions of sub-freezing weather, bleak geography, and the storytelling’s demeanor. It’s nothing if not Nordic—which is part of its charm.” —USA Today

Helene Tursten is a Swedish author who was a nurse and a dentist before she turned to writing. She is the author of the Irene Huss series, the Embla Nystrom series; and the Elderly Lady series of connected short stories. Her books have been translated into twenty-five languages and made into a television series.