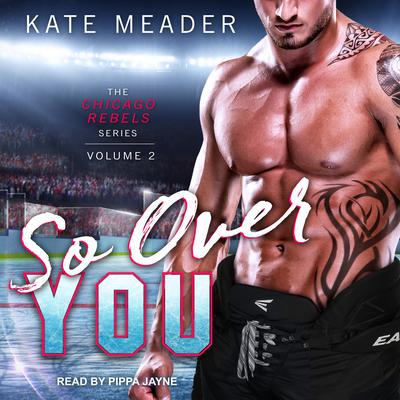 Three estranged sisters struggle to sustain their late father's failing hockey franchise in Kate Meader's sizzling Chicago Rebels series. In this second entry, middle sister Isobel is at a crossroads in her personal and professional lives. But both are about to get a significant boost with the addition of a domineering Russian powerhouse to the Rebels . . .

Isobel Chase knows hockey. She played NCAA, won silver at the Games, and made it thirty-seven minutes into the new National Women's Hockey League before an injury sidelined her dreams. Those who can't, coach, and a position as a skating consultant to her late father's hockey franchise, the Chicago Rebels, seems like a perfect fit. Until she's assigned her first job: the man who skated into her heart as a teen and relieved her of her pesky virginity. These days, left-winger Vadim Petrov is known as the Czar of Pleasure, a magnet for puck bunnies and the tabloids alike. But back then . . . let's just say his inability to sink the puck left Isobel frustratingly scoreless.

I really like how [Pippa Jayne] narrates . . . I really feel this is a series best listened too. —Book Girl of Mur-y-Castell

Kate Meader writes sexy contemporary romances with alpha heroes and strong heroines who can match their men quip for quip.