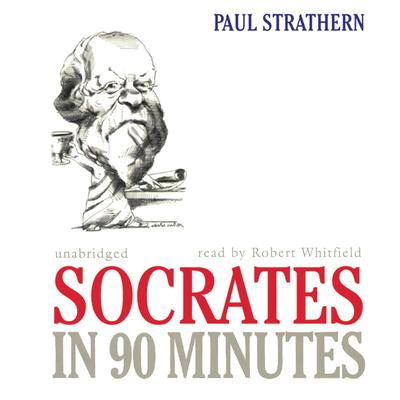 Just a century after it had begun, philosophy entered its greatest age with the appearance of Socrates, who spent so much of his time talking about philosophy on the streets of Athens that he never got around to writing anything down. His method of aggressive questioning, called dialectic, was used to cut through the palaver of his adversaries and arrive at the truth. Socrates saw the world as not accessible to our senses, only to thought. Finally charged with impiety and the corruption of youth, he was tried and sentenced to death—and ended his life by drinking the judicial hemlock.

InSocrates in 90 minutes, Paul Strathern offers a concise, expert account of Socrates' life and ideas and explains their influence on man's struggle to understand his existence in the world.

“Each of these little books is witty and dramatic and creates a sense of time, place, and charachter...I cannot think of a better way to introduce oneself and one's friends to Western Civilization.” —Boston Globe