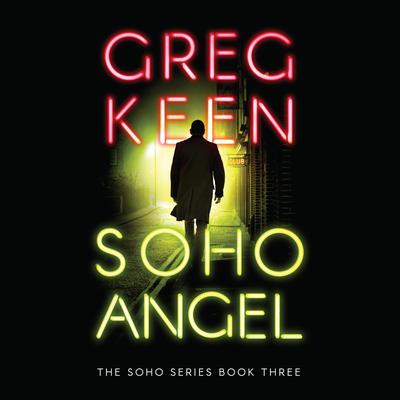 Rock star Castor Greaves and his model girlfriend vanished twenty years ago after an infamous gig in Soho. According to urban myth they’re still alive—holed up somewhere by the Golden Road, a fabled music-industry ‘disappearing’ service—so when PI Kenny Gabriel is hired to solve the notorious case, he knows he’ll need to watch his back…

But Kenny’s life is in danger already: a brain tumour is messing with his mind, and he may well have nothing to lose. Stalking the seedy clubs and backstreets of Soho, he makes a gruesome discovery that turns his missing-person case into a murder hunt. When his enquiries earn him a death threat from the Golden Road, he feels he’s close to cracking the biggest case of his career…if he can just dodge the hitmen and health scares long enough to see it through.

With the clock ticking in more ways than one, can Kenny untangle two decades of cover-ups and lies in the underbelly of Soho before he loses either his grip on reality—or his life?

Greg Keen, born in Liverpool, got his first job in London’s Soho over twenty years ago and has worked there ever since. His fascination with the area made it a natural setting for his books. His debut novel, Soho Dead, won a CWA Dagger in 2015.