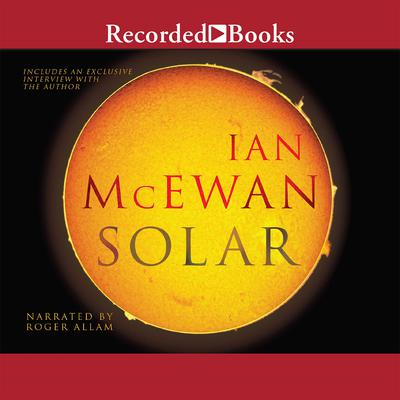 Universally acclaimed as one of the world's greatest novelists, Ian McEwan is a Booker Prize-winning, best-selling literary master. He displays a fresh facet of his considerable talent in Solar, a satirical novel rife with blistering humor. Nobel Prize-winning physicist Michael Beard is fast approaching 60, a mere shell of the academic titan he once was. While his fifth marriage falls apart, Michael suddenly finds himself with an unexpected opportunity to reinvigorate his career and possibly save humankind from the growing threat of global warming.

“A worthy inquiry into truth, morality, and the future of humanity.” —Bookmarks

Ian McEwan is the author of more than a dozen books, including either New York Times bestsellers. His novel Amsterdam won the 1998 Book Prize; Atonement, won the National Book Critics Circle Award and the W. H. Smith Literary Award; and The Child in Time won the Whitbread Award. His story collection, First Love, Last Rites, won the Somerset Maugham Award.