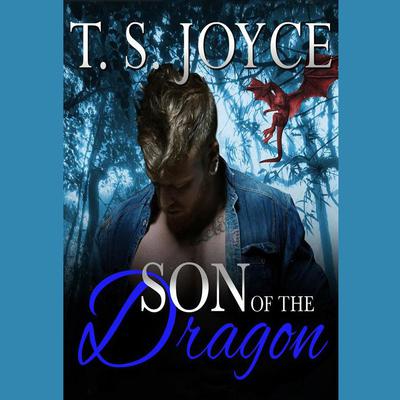 Son of the Dragon

The Sons of Beasts Series: Book 3

Deep in a high security shifter prison dwells the most dangerous shifter in the world. Vyr Daye is the Red Dragon, alpha to the Sons of Beasts Crew, loner, watcher, fire-breather...and he's also completely misunderstood.

The media has dragged him through the mud, his reputation is shot, and his own father helped to put him in prison for a one-year sentence. Only this prison isn't what it seems, and he's fighting to keep his dragon alive. All he needs to do is keep steady for six more months, and then he can live his life as quietly as possible with his crew, but one sexy, fast-talking prison counselor saunters in and wrecks his focus.

Riyah isn't what she seems, but no one can sense her powers besides Vyr. He'll keep her secrets if she keeps his. And as the dragon inside of him starts losing his battle, he'll need her help to gather his crew and pull him from the brink before it's too late. And the more he gets to know the beguiling woman, the more he thinks she's here for more important reasons than even he understands.

Riyah Mercer has been hired to infiltrate the shifter prison and watch Vyr's back. He doesn't trust her, but he doesn't realize she is his only friend here. She can see him struggling and can see the dragon fading. As she starts falling hard for the stoic man, she becomes determined to do anything to save him. But saving the dragon means unleashing his fire on the world, and that's not the only danger Riyah is in.

There are eyes everywhere in the prison, and they are creating something monstrous down in the cell where they keep the Red Dragon. If she is caught helping the man she's falling in love with, it could mean the end for them both.