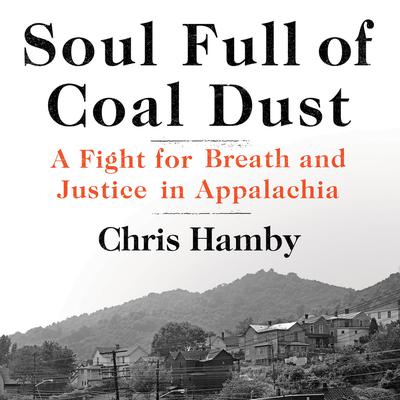 Soul Full of Coal Dust: A Fight for Breath and Justice in Appalachia

In a devastating and urgent work of investigative journalism, Pulitzer Prize winner Chris Hamby uncovers the terrifying resurgence of black lung disease in Appalachia, its Big Coal cover-up, and the resilient mining communities who refuse to back down

Decades have passed since black lung disease was considered a national disgrace and Congress was pushed to take legislative action. Since then, however, not much has changed. Big coal companies, along with their allies in the legal and medical professions, have not only flouted the law and exposed miners to deadly amounts of coal dust, but systematically denied benefits to miners who suffer and die as a result of their jobs.

Soul Full of Coal Dust is a real-life thriller, the story of one of the nation’s most voiceless populations and its attempts to challenge one of the world’s most powerful forces: Big Coal. It is the story of these men and women, who have little access to education and few options in life, and their small group of advocates — lawyers and doctors often working out of their homes or in rural clinics and tiny offices. For decades, they have been fighting to wrench even modest compensation and medical costs from our nation’s biggest mining interests - all for a disease that should have been virtually eradicated years ago.

Full of the rich and complex atmosphere of Appalachia, packed with stories of workers who have toiled in the mines of West Virginia, Kentucky, and Virginia, as well as tense courtroom dramas, Soul Full of Coal Dust is an important and timely book about injustice and resistance.

“An important story told with care and eloquence.” —Dan Fagin, Pulitzer Prize–winning author
“With thorough reporting, and boundless concern for his subjects, Hamby has created a powerful document of this drama, one that is unfolding, largely unseen, in the hills and valleys of West Virginia.” —New York Times Book Review
“Lively and arduously researched…He has found dramas of heroism, self-sacrifice and determination…[and] performed another public service by portraying the often-forgotten people of coal country as active agents in their own history.” —Minneapolis Star Tribune
“Beyond courtrooms and mines, Hamby journeys deep into hollows and homes and powerfully evokes the injustices done to miners who “battled breathlessness to make it from their front porches to their mailboxes and dragged oxygen tanks wherever they went.” —National Book Review
“Harrowing and cinematic…This eloquent and sobering reminder of the human damage caused by the coal industry deserves to be widely read.” —Publishers Weekly (starred review)