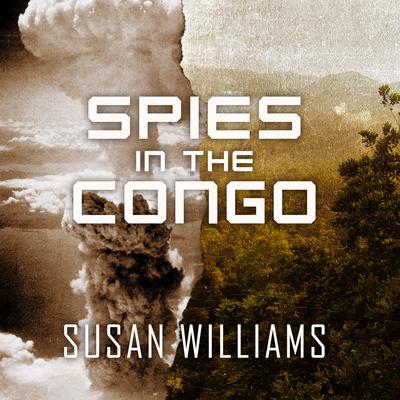 The Shinkolobwe Mine in the Belgian Congo was described by a 1943 Manhattan Project intelligence report as the "most important deposit of uranium yet discovered in the world." So long as the U.S. remained in control of this mine and its supply, it had a world monopoly on the primary material needed to build an atomic bomb. The uranium from this mine was used to build the bombs dropped on Hiroshima and Nagasaki in 1945. Given the possibility that the Germans were also working on an atomic bomb, it was a priority for the U.S. to prevent Congo's uranium from being smuggled to Germany. This task was given to the newly created Office of Strategic Services, later known as the CIA.

Although much has been written about ALSOS, the secret intelligence mission created to investigate the German atomic project, so far nothing has been written about the intelligence mission at the source of uranium—the Belgian Congo. Spies in the Congo is based on a mass of newly released (and formerly top secret) archive material in the U.S., the U.K., and Belgium; personal testimonies; and a range of audio visual materials, including a set of eight mm films taken by the lead spy.

Dr. Susan Williams is a senior research fellow at the Institute of Commonwealth Studies, University of London. Williams s research is archive based; her research has taken her to many countries in Africa, Europe and North America. Susan served as historical adviser to the independent Hammarskjold Commission, which was founded in direct response to Wiliams previous book, “Who Killed Hammarskjold” and released its report at the Peace Palace in The Hague in September 2013. She has published widely on Africa, decolonization, and the global power shifts of the twentieth century, receiving widespread acclaim for “Colour Bar” (Penguin, 2006), her book on the founding president of Botswana. Other recent books include “The People s King” (Penguin, 2003) and “Ladies of Influence” (Penguin, 2000), as well as edited volumes including “The Iconography of Independence: Freedoms at Midnight " (2010).