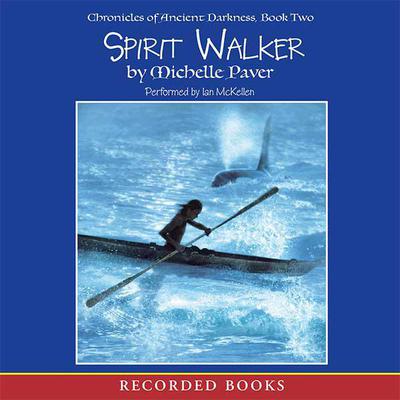 From nationally best-selling author Michelle Paver comes this thrilling sequel to the popular Wolf Brother. A terrible sickness has come to the forest where Torak lives. Sufferers are covered in putrid scabs and blisters-and eventually lose their minds. Nobody knows what's causing it, but Torak believes the dreaded Soul-Eaters are responsible-and it is his destiny to fight them. "Paver also sensitively addresses fear born of ignorance and superstition, realistically depicting tensions . that speak to readers of the 21st century."-Kliatt

Michelle Paver was born in central Africa but went to England as a child. After earning a degree in biochemistry from Oxford University, she became a partner in a London law firm. She eventually gave that up to write full-time. The Chronicles of Ancient Darkness series came from Michelle’s lifelong passions for animals, anthropology, and the distant past—as well as an encounter with a large bear in a remote valley in Southern California. To research the books, she has traveled to Finland, Greenland, Sweden, Norway, Arctic Canada, and the Carpathian Mountains. She has slept on reindeer skins, swum with wild killer whales, and gotten nose to nose with polar bears—and, of course, wolves. The first four books have been made into widely acclaimed audiobooks, read by Ian McKellen.