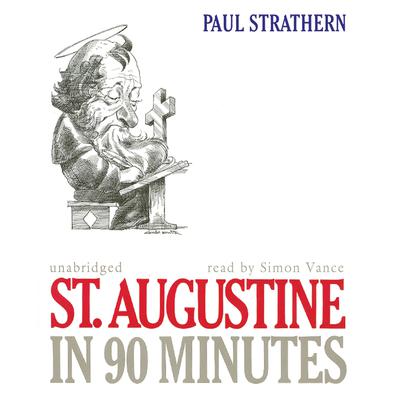 Augustine’s spiritual crisis and conversion to Christianity, detailed in his Confessions, ultimately led him to his major contribution to philosophy: the fusion of the two doctrines of Christianity and Neoplatonism. This not only provided Christianity with a strong intellectual backing but tied it to the Greek tradition of philosophy, which helped keep the flame of philosophy burning, however dimly, through the Dark Ages. Augustine also produced important philosophic ideas of his own, including theories of time and subjective knowledge that anticipated by many centuries the work of Kant and Descartes.

In St. Augustine in 90 Minutes, Paul Strathern offers a concise, expert account of St. Augustine’s life and ideas and explains their influence on man’s struggle to understand his existence in the world.