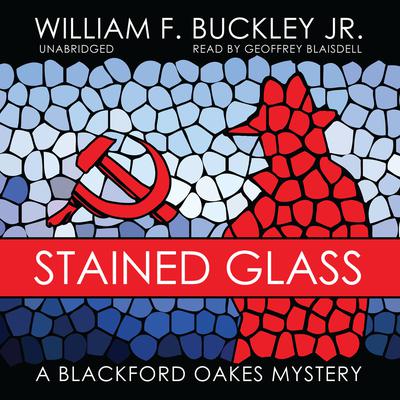 Winner of the National Book Award

CIA superspy Blackford Oakes, fresh from his daring exploits at Windsor Castle, has been entrusted with a matter of some delicacy: finding the perfect blue to restore the war-damaged windows of a thirteenth-century German chapel. The owner of the chapel, Axel Wintergrin, is not only an old friend but a charismatic hero who is rising to power in Germany. He is rallying his countrymen toward reunification, an idea that creates panic on both sides of the Iron Curtain.

As the Cold War turns hot, Oakes is thrown into the arms of a beautiful KGB agent—and onto the horns of a dilemma. He must either betray her or pull the switch on his friend.

“Ingenious!” —Wall Street Journal
“Cuts closer to the bone than le Carré has ever cut." —New Republic
"Delightful reading for the spy thriller fan...absolutely must reading." —UPI
“[A] light, terribly bright piece of tongue-in-chic 1950s intrigue…His clean, unpadded plotting and his literate relaxation should prove a relief from the tortured efforts of the Le Carré imitators, and anyone who can make conferences between Allen Dulles and Dean Acheson sound like vaudeville routines deserves the audience he’s bound to get.” —Kirkus Reviews