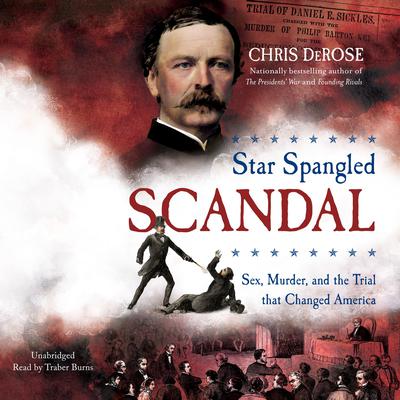 The year is 1859, and Congressman Daniel Sickles and his beautiful wife Teresa are the toast of Washington society. President James Buchanan is godfather to their daughter. Philip Barton Key, US Attorney for the District of Columbia (and the son of Francis Scott Key), is one of the couple’s closest friends—so close, in fact, that he often escorts the beautiful Mrs. Sickles to social events when the congressman is too busy. Revelers in DC are accustomed to the sight of the congressman’s wife with the tall, Apollo-like Philip Barton Key, who is considered “the handsomest man in all Washington society … foremost among the popular men of the capital.” Then one day Congressman Daniel Sickles receives an anonymous note about his wife and Key, setting into motion a tragic course of events that culminates in a bloody confrontation in the street that leaves one man dead and the other charged with murder. This is the riveting true story of the murder and historic trial that shocked nineteenth-century America, now brought to vivid life by historian Chris DeRose with the help of Mrs. Sickles’ writings and other primary sources.

“A riveting tale of a legendary murder trial set against the backdrop of a nation coming apart at the seams. DeRose’s narrative couldn’t be more timely in reflecting the harsh partisan feelings, the celebrity culture, and the shocking violence of the era. He reminds us how Washington scandals first enflamed the public, and still captivate us today.” —J. D. Dickey, author of Rising in Flames
“Chris DeRose has written a wonderfully entertaining book about a long forgotten and quite amazing episode in our history. Star Spangled Scandal captures the mania surrounding the scandalous murder and trial that became America’s first true crime obsession.” —Dan Abrams, chief legal affairs anchor, ABC News