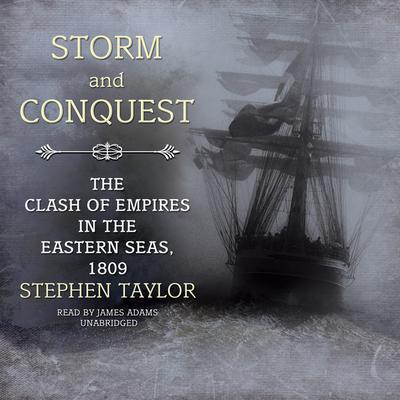 Storm and Conquest: The Clash of Empires in the Eastern Seas, 1809

The Indian Ocean was the final battleground for Nelson’s navy and France. At stake was Britain’s lifeline to India and its strategic capacity to wage war in Europe.

In one fatal season, the natural order of maritime power since Trafalgar was destroyed, when Britain lost fourteen of her great Indiamen, either sunk or taken by enemy frigates. Many hundreds of lives were lost, and the East India Company was shaken to its foundations. The focus of these disasters, military and meteorological, was a tiny French outpost in mid-ocean, the island known as Mauritius. This is the story of that season and the terrifying ordeal of men, women, and children caught at sea in hurricanes and those who survived to take up the battle to drive the French from the Eastern seas. Mauritius must be taken at any cost!

Stephen Taylor's most recent book is Caliban’s Shore. He works for the Times of London and lives in Windsor.