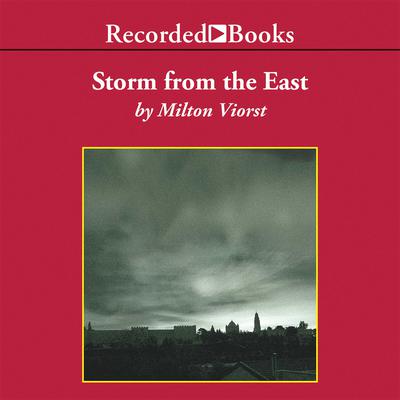 Storm from the East: The Struggle Between the Arab World and the Christian West

In this enlightening work,The New Yorker's longtime Middle East correspondent, Milton Viorst contends that today's Arab-American conflict is the latest round in a 1,400-year clash between Islam and Christianity. As Islamic power weakened, Ottoman Turks eventually swallowed up the entire Arab world by 1600. When the Ottoman Empire collapsed after WWI, the controversial Sykes-Picot Treaty gave the French control of Syria and Lebanon and let the British rule Iraq, Jordan, Egypt, and Palestine. Angry and frustrated at not receiving their promised self-rule, disgruntled Arabs waged an almost constant guerrilla warfare against their European overlords. Suggesting that the United States is repeating the mistakes of the past, Viorst is critical of the George W. Bush administration's Iraq policy. Paul Hecht's excellent narration of this concise Modern Library Chronicles volume clarifies the frustrations and concerns of the Arab people and effectively highlights Viorst's solutions to today's Middle Eastern conflicts. "This is an illuminating-and deeply disturbing-account of the ages-old conflict between Christian and Muslim civilizations . It is remarkable how Milton Viorst has managed to reduce a struggle so complex to such lucid prose."-Daniel Schorr, NPR Radio

“Having covered the Middle East for three decades, Milton Viorst has the eye of the historian but the brevity of the reporter, and his concise book sweeps across the centuries to explaint he disparities between values and viewpoints of the Islamic East and Christian West. His chronicle helps to overcome the mutual sense of ‘different-ness’ that has sometimes been the only link between two worlds.” —Jimmy Carter
“Mr. Viorst, a scholar and journalist with long experience of the Middle East, gives a succinct and lucid account of the centuries-old conflict between the Arab world and the Christian West. Over the past 100 years, he argues, the Arabs have grasped at various ideologies as a way of regaining control over their own destiny. His point is that nothing serves to bring out the Arab sense of asabiyya (group unity) better than a threat from outside.” —Economist
“Viorst’s pocket-sized book takes on a big subject…[The] narrative moves smoothly from country to country and crisis to crisis, balancing well the unity of uruba (“Arabness”) and the diversity of many different Arab polities interacting with the intrusive outsider. Balance is also to be found in Viorst’s correction of exaggerated historical interpretations.” —Foreign Affairs
“A fast-paced history of the conflict between Arabs and the Western world…[Storm from the East] is helpful to anyone seeking a highly readable overview of the events and issues that shape US engagement with the Arab world.” —Dallas Morning News
“As he outlines centuries of tensions, narrator Paul Hecht gives his reading both a professor’s gravitas and a touch of drama, avoiding emotion and sticking to the facts yet keeping the account interesting at all times. Whether or not listeners agree with Viorst’s alternative approaches to the Mideast conflict, his book provides a good introduction to the history of the Arab world that is well delivered.” —AudioFile