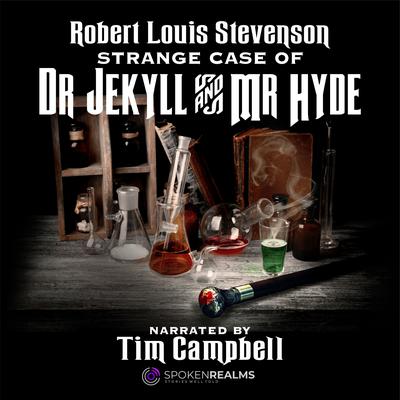 Doctor Henry Jekyll, on a quest to liberate our inner demons from the constraints of our conscience, unleashes ancient and primal forces buried deep within us all.

Once released, can that nature ever be contained?

In true Gothic tradition, join Henry, in his race against time, as investigating detectives and others uncover evidence that slowly leads them back toward the Doctor himself.

Heralded as “one of the most amazing crime stories ever written,” Stephenson’s Strange Case of Dr. Jekyll and Mr. Hyde was met with immediate critical acclaim, and is still a popular page-tuner through to the present day.

A highly accomplished Scottish novelist, poet, and travel writer, Robert Louis Stevenson, also the author of Treasure Island, The Black Arrow, and Kidnapped, may always be best remembered for this unique tale that pits Dr. Henry Jekyll against the embodiment of his inner demon, Mr. Hyde.

“This is one of those familiar tales that we all believe we know but may never have heard all the way through. Luckily, award-winning narrator Tim Campbell comes to the rescue with a well-voiced, straightforward reading of Stevenson’s classic horror story. Campbell’s ease with British accents is on display as he gives voice to Mr. Utterson, the lawyer who investigates this peculiar story of two completely different men who seem to live at the same address…The audiobook makes for the perfect sounding ‘penny dreadful.’” —AudioFile