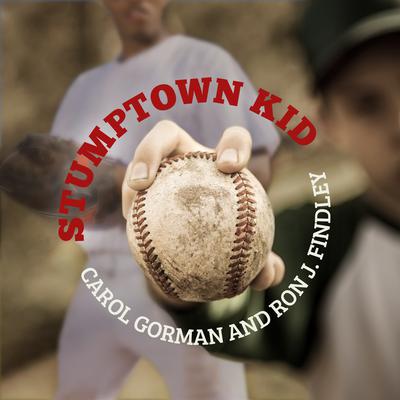 Twelve-year-old Charlie Nebraska wants two things he can’t get: to make the local baseball team and to have life return to the way it was before his father died two years earlier in the Korean War.

When Charlie meets Luther Peale, a stranger who quietly and mysteriously arrives in Charlie’s small Iowa town, the two strike up a friendship. Luther is a former Negro Baseball League player, and he agrees to coach Charlie’s fledgling neighborhood baseball team.

But many of the town’s white residents are suspicious of Luther because of his skin color. And when Charlie inadvertently reveals a secret of Luther’s, violence erupts in the town, and both Luther and Charlie are drawn into serious danger.

Authors Carol Gorman and Ron J. Findley have created two highly memorable, emotionally complex characters in this dramatic story set in the days of the Negro Leagues that illustrates the meanings of friendship, prejudice, and heroism.

“Readers will enjoy this winning mix of sports, suspense, and heroism, and delight in the baseball wit and wisdom.” —School Library Journal

Carol Gorman is the author of more than a dozen award-winning books for kids, including Stumptown Kid, The Marvelous Makeover of Lizard Flanagan, Dork in Disguise, Dork on the Run, and A Midsummer Night’s Dork. She is a former middle school teacher and holds a bachelor’s degree from the University of Iowa.

Ron J. Findley was involved in baseball since he was a boy growing up in Cedar Rapids, Iowa. As a child he was always looking for a sandlot baseball game, and many of the ideas for Stumptown Kid are based on his memories of that time. He coached youth football, baseball, and softball teams for many years. He passed away in 2010.