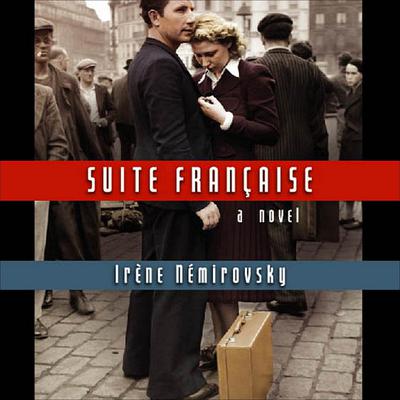 A lost masterpiece of French literature, this epic novel of life under Nazi occupation was discovered 62 years after the author’s tragic death at Auschwitz. Originally intended to be in five parts, the two that form this work are complete in themselves. Part One, "A Storm in June," is set in the chaos and mayhem of the massive 1940 exodus from Paris on the eve of the Nazi invasion. Part Two, "Dolce," opens in the provincial town of Bussy during the first influx of German soldiers. Each part features a rich cast of characters—people who never should have met, but come to form ambiguous relationships as they are forced to endure circumstances beyond their control.

Irène Némirovsky (1903–1942), was born in Kiev, Ukraine, into a wealthy banking family and emigrated to France during the Russian Revolution. After attending the Sorbonne in Paris, she began to write and swiftly achieved success with David Golder, which was followed by more than a dozen other books. Throughout her lifetime she published widely in French newspapers and literary journals. She died in Auschwitz in 1942. More than sixty years later, Suite Française was published posthumously, for the first time. It became an international bestseller, with nearly a million copies in print in the United States alone.