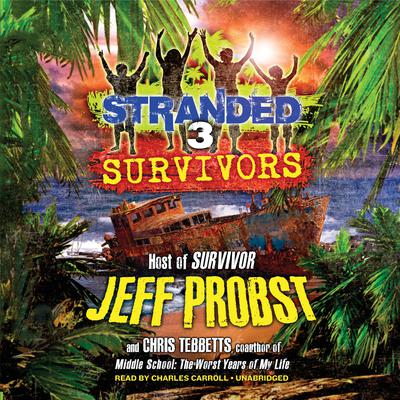 Eleven days down, and no end in sight. How long could you survive?

It's been days since Buzz, Vanessa, Carter, and Jane were stranded on a deserted island in the middle of the South Pacific. Four kids left to fend for themselves. No adults. No supplies. They've managed to make fire and they've even found food. But they've just lost their only shelter and quite possibly their one chance at being rescued. Now they'll have to venture even deeper into the jungles of Nowhere Island just to stay alive. But the island holds secrets of a dark past. With danger lurking at every turn, they must rely on each other like never before if they are going to survive.