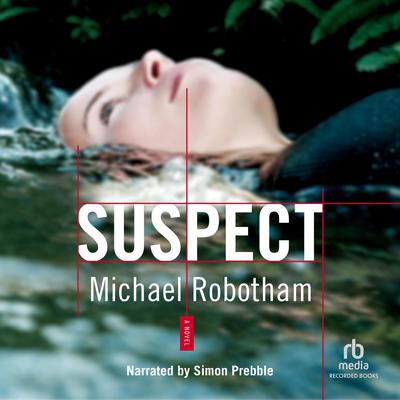 Acclaimed author Michael Robotham conquered international best-seller lists with this electrifying thriller. After a woman is brutally slain, investigators bring psychiatrist Joe O'Loughlin in for expert consultation. Joe is shocked to discover the dead woman is a former patient of his who cried rape when he rebuffed her sexual advances. Citing doctor/patient confidentiality, Joe hides this information. But the truth emerges, and suddenly he is the prime suspect.

“[A] pleasantly creepy story, which is plotted with precision and narrated with real intelligence by the doctor, whose decision to keep mum on a serious medical condition of his own makes him look suspicious –and leaves him vulnerable when the real murderer shows up.” —New York Times
“The plot is not a new one—respectable citizen wrongly accused—but Michael Robotham handles it with unusual skill as he has us suspecting one person and then another.” —Washington Post
“Nail-biting tension full of fine characterization, brilliantly researched detail, and subtle humor.” —Daily Mirror (London)
“A clever plot…an absorbing read…a welcome new name in the genre.” —Telegraph (London)

Michael Robotham is one of the world’s most acclaimed writers of thriller fiction. He began his career as an investigative journalist in Australia and Britain and later became a ghostwriter, collaborating on more than a dozen bestselling autobiographies for pop stars, actors, decorated soldiers, and politicians. His first psychological thriller, Suspect, sold more than a million copies around the world. Lost, his second novel, won the Ned Kelly Award for Australia’s best crime novel in 2005—an award he won again in 2008 with Shatter. He has been short-listed twice for the CWA Steel Dagger.