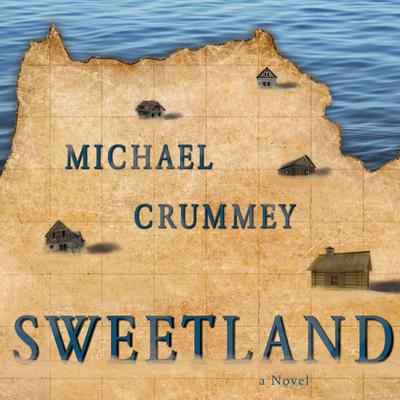 A Amazon Best Book of the Month for January 2015

The epic tale of an endangered Newfoundland community and the struggles of one man determined to resist its extinction.

The scarcely populated town on Sweetland rests on the shore of a remote Canadian island. Its slow decline finally reaches a head when the mainland government offers each islander a generous resettlement package—the sole stipulation being that everyone must leave. Fierce and enigmatic Moses Sweetland, whose inspectors founded the village, is the only one to refuse. As he watches his neighbors abandon the island, he recalls the town's rugged history and it eccentric cast of characters. Evoking The Shipping News, Michael Crummey-one of Canada's finest novelists-conjures up the mythical, sublime world of Sweetland's past amid a stormbattered landscape haunted by local lore. As in his critically acclaimed novel Galore, Crummey masterfully weaves together past and present, creating in Sweetland a spectacular portrait of one man's battle to survive as his environment vanishes around him.

“Sweetland, Crummey’s finest novel yet, reaches its mythic and mesmerizing heights only after the others depart, leaving Moses—a Newfoundland Robinson Crusoe who even encounters a Friday-like dog—alone on his eponymous island, bracing for a bitter winter both seasonal and personal.” —Macleans magazine
“What’s most appealing about this subtle, entertaining, and quietly moving novel is the humanity of its characters and the genuine feel of Sweetland itself. Each character is real and truly imagined; it’s the kind of book and the kind of place where many readers will just want to linger. Communities like Sweetland, with their specific ways of talking and being, are growing less common. Crummey’s book is a testament to those places and the people who live there.” —Amazon.com, editorial review
“Sweetland’s pleasures lie in its depiction of island life and in the absorbing details of Moses’ tactics of survival and, lastly, in the excavation of this lonely man’s soul. As such, it stays with the reader not so much as a story but as a mood of richly conjured melancholy.” —Barnes&Noble.com, editorial review
“Narrator John Lee’s deep voice and rhythmic intonation are perfect for this beautiful novel, set amid the harsh landscape of a town with no future…Lee renders Sweetland’s laconic and stubborn nature as well as his special relationship with his autistic great-nephew, Jesse. Lee’s slightly toneless performance of Jesse captures the boy’s deep well of affection but lack of emotional maturity. Sweetland is a spectacular meld of story and performance. Winner of the AudioFile Earphones Award.” —AudioFile
“Moses is a memorably strong-willed character… [Sweetland] also conveys the way that a sense of place is the product of relationships—among the living, with the dead, and, in Moses’s case, arising from intimate connections to land and sea.” —Publishers Weekly (starred review)
“The elimination of an entire community, and what it represents, is deeply felt. Through its crusty protagonist, Crummey’s shrewd, absorbing novel tells us how rich a life can be, even when experienced in the narrowest of physical confines.” —Kirkus Reviews (starred review)
“Michael Crummey’s Sweetland is a beautiful prayer for a dying island and an elegy for the titular character, who is both haunted and haunting, besieged by ghosts and yet trying to stop himself from becoming one.” —Alexi Zentner, author of The Lobster Kings
“An evocative portrait of a disappearing way of life, Sweetland is also a powerful rumination on what’s lost in letting go of the past—and the sometimes-unbearable cost of trying to hold onto it. Michael Crummey’s deceptively spare language perfectly matches the tiny island community at the novel’s center: beneath the quiet surface, there’s huge emotional depth and heart.” —Celeste Ng, author of Everything I Never Told You

Michael Crummey is a poet and storyteller, as well as the author of the critically acclaimed novels River Thieves and The Wreckage and the short-story collection Flesh and Blood. He has been nominated for the Giller Prize, the IMPAC Dublin Award, and Rogers Writers’ Trust Fiction Prize, and he won the 2010 Commonwealth Writers’ Prize for Canada for Galore. He lives in St. John’s, Newfoundland.