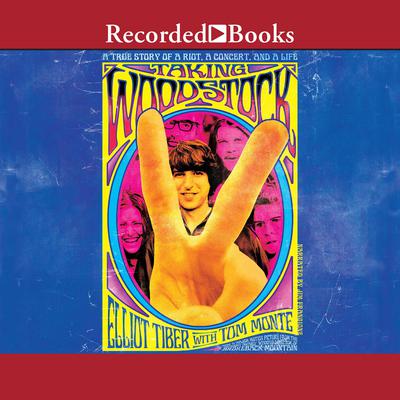 Taking Woodstock: A True Story of a Riot, a Concert, and a Life

By Elliot Tiber  and Tom Monte
Read by Jim Frangione

Taking Woodstock is the funny, touching, and true story of Elliot Tiber, the man who was instrumental in arranging the site for the original Woodstock Concert. Elliot, whose parents owned an upstate New York motel, was working in Greenwich Village in the summer of 1969. He socialized with the likes of Truman Capote, Tennessee Williams, and photographer Robert Mapplethorpe, and yet somehow managed to keep his gay life a secret from his family. Then on Friday, June 28, Elliot walked into the Stonewall Inn-and witnessed the riot that would galvanize the American gay movement and enable him to take stock of his own lifestyle. And on July 15, when Elliot learned that the Woodstock Concert promoters were unable to stage the show in Wallkill, he offered to find them a new venue. Soon he was swept up in a vortex that would change his life forever.