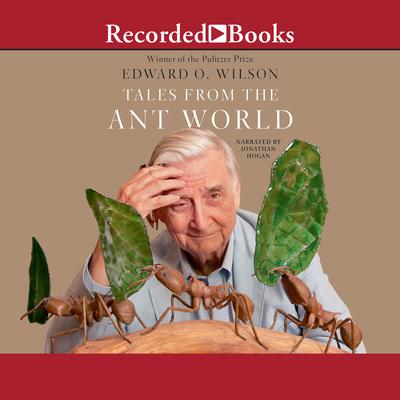 Tales from the Ant World

Edward O. Wilson recalls his lifetime with antsfrom his first boyhood encounters in the woods of Alabama to perilous journeys into the Brazilian rainforest. Ants are the most warlike of all animals, with colony pitted against colony. . . . Their clashes dwarf Waterloo and Gettysburg, writes Edward O. Wilson in his most finely observed work in decades. In a myrmecological tour to such far-flung destinations as Mozambique and New Guinea, the Gulf of Mexicos Dauphin Island and even his parents overgrown yard back in Alabama, Wilson thrillingly evokes his nine-decade-long scientific obsession with more than 15,000 ant species. Wryly observing that males are little more than flying sperm missiles or that ants send their little old ladies into battle, Wilson eloquently relays his brushes with fire, army, and leafcutter ants, as well as more exotic species: the Matabele, Africas fiercest warrior ants; Costa Ricas Basiceros, the slowest ants in the world; and New Caledonias Myrmecia apicalis, the most endangered of them all. A personal account by one of our greatest scientists, Tales from the Ant World is an indispensable volume for any lover of the natural world.

Edward O. Wilson (1929-2021) was the author of more than thirty books, including Anthill, Letters to a Young Scientist, and The Conquest of Nature. The winner of two Pulitzer Prizes, he was a professor emeritus at Harvard University.