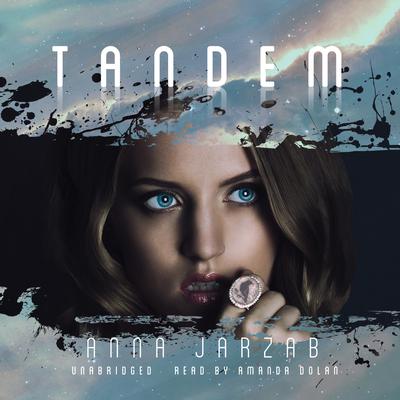 Fans of Matched, Across the Universe, and The Hunger Games will love this captivating tale of rebellion and romance that spans parallel worlds.

Everything repeats.
You. Your best friend. Every person you know.
Many worlds, many lives—infinite possibilities.
Welcome to the multiverse.

Sixteen-year-old Sasha Lawson has only ever known one small, ordinary life. When she was young, she loved her grandfather's stories of parallel worlds, inhabited by girls who looked like her but led totally different lives. Sasha never believed such worlds were real—until now, when she finds herself thrust into one against her will.

To prevent imminent war, Sasha must slip into the life of an alternate version of herself, a princess who has vanished on the eve of her arranged marriage. If Sasha succeeds in fooling everyone, she will be returned home; if she fails, she'll be trapped in another girl's life forever. As time runs out, Sasha finds herself torn between two worlds, two lives, and two young men vying for her love—one who knows her secret, and one who believes she's someone she's not.

“Clever and exhilarating—each page is a pleasure. I loved the romance and adventure of Sasha’s story, and I can’t wait for the sequel.” —Ally Condie, #1 New York Times bestselling author
“A fascinating world of parallel universes, sexy doppelgangers, and breathtaking action. Such a fun and addictive read!” —Marie Lu, New York Times bestselling author
“A fascinating premise made more so by Jarzab’s use of parallel universe theories of physics…Strange but plausible science weds old-fashioned legends of princesses trapped in towers, along with contemporary teen concerns. It’s a great mix, and fortunately, Jarzab leaves readers with the enticing and reassuring promise, ‘Not the end; only the beginning.’” —Booklist
“Jarzab succeeds with a parallel-world concept that is also an entertaining read.” —Kirkus Reviews

Anna Jarzab is the author of All Unquiet Things, The Opposite of Hallelujah, and Tandem, the first book in the Many-Worlds trilogy. She lives in New York City and works in children’s book publishing.