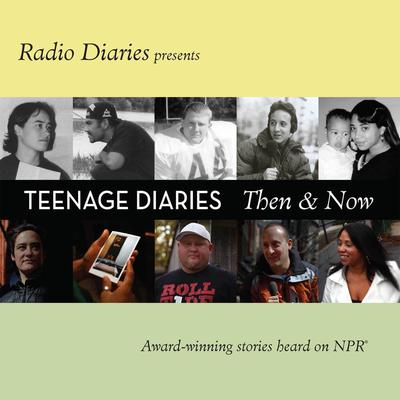 Teenage Diaries: Then and Now

Since 1996, the Teenage Diaries series has given tape recorders to young people around the country. They conduct interviews, keep audio journals, and record the sounds of daily life—usually collecting more than thirty hours of raw tape over the course of the year, edited into documentaries airing on NPR's All Things Considered. Whether it's the story of Amanda, the gay teen trying to understand her sexuality, or the story of Juan, who crossed the Rio Grande with his family illegally, these stories offer insight into the mysterious life of teenagers. Sixteen years later five of those diarists return to chronicle their grown-up lives.

Radio Diaries has helped pioneer a new form of citizen journalism, empowering ordinary people to report on their own lives and histories. Radio Diaries has won every major award in broadcast journalism and produced some of the most memorable documentaries ever heard on public radio. Founder and Executive Producer Joe Richman is and award-winning producer and reporter. Before founding Radio Diaries, he worked on the NPR program All Things Considered, Weekend Edition Saturday, and Car Talk. He also teaches radio documentary at Columbia University's Graduate School of Journalism.

“Considering the relatively short length of the narratives, they provide a surprising amount of insight into the personalities of each contributor, inspiring varying degrees of empathy and sympathy…NPR revisited five of the diarists sixteen years later to learn about their adult lives. The recording is easy to understand and well edited. The producer’s notebook on the CD case provides interesting insights. Verdict: Listening to this pioneering ‘citizen journalism’ will be moving, enjoyable, and useful for many students.” —School Library Journal (audio review)
“[In] this engrossing production…individual voices explore and humanize issues such as mental illness, substance abuse, and teen pregnancy. As a teen, Amanda’s assertiveness and self-assurance shine through when she tries to talk to her parents about her bisexuality, and it’s no surprise that those qualities are still present in the loving conversation she has with them as an adult. Juan is full of calm determination as he talks about his life as an undocumented immigrant, both as a teen in a struggling family and an adult who has come into his own.” —AudioFile

Radio Diaries is an award-winning, nonprofit broadcasting organization that was established in 1996. Radio Diaries can be heard on NPR’s All Things Considered, This American Life, BBC, and on the Radio Diaries podcast.

Joe Richman is an award-winning producer and reporter. He is also the founder and executive producer of Radio Diaries, and he teaches radio documentary at Columbia University’s Graduate School of Journalism. He lives in New York.