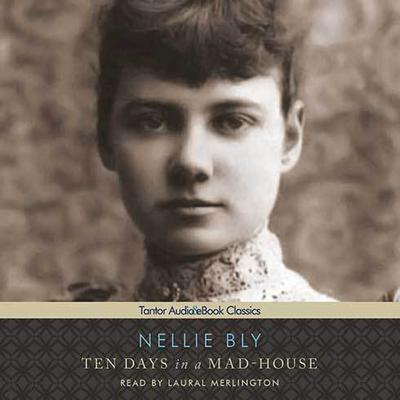 Ten Days in a Mad-House

In 1887, Nellie Bly had herself committed to the notorious Blackwell's Island insane asylum in New York City with the goal of discovering what life was like for its patients. While there, she experienced firsthand the shocking abuse and neglect of its inmates, from inedible food to horrifyingly unsanitary conditions. Ten Days in a Mad-House is Bly's exposé of the asylum. Written for Joseph Pulitzer's New York World, Bly's account chronicles her ten days at Blackwell's Island and, upon its publication, drew public attention to the abuse of the institutionalized and led to a grand jury investigation of the facility. Ten Days in a Mad-House established Bly as a pioneering female journalist and remains a classic of investigative reporting. This edition also includes two of Bly's shorter articles: "Trying to Be a Servant" and "Nellie Bly as a White Slave."

Nellie Bly (1864–1922) was the pen name of American journalist Elizabeth Jane Cochrane. She remains notable for two feats: a record-breaking trip around the world in emulation of Jules Verne’s character Phileas Fogg, and an exposé in which she faked insanity to study a mental institution from within. In addition to her writing, she was also an industrialist and charity worker. She originally intended for her pseudonym to be “Nelly Bly,” but her editor wrote “Nellie” by mistake, and the error stuck.