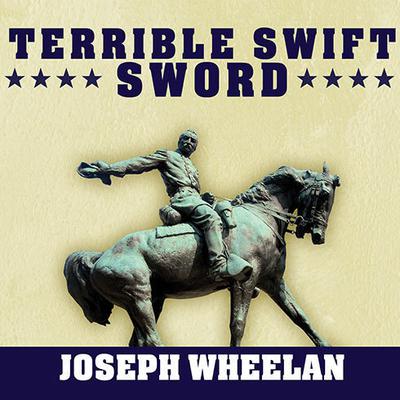 Alongside Ulysses S. Grant and William Tecumseh Sherman, Philip H. Sheridan is the least known of the triumvirate of generals most responsible for winning the Civil War. Yet, before Sherman's famous march through Georgia, it was General Sheridan who introduced scorched-earth warfare to the South, and it was his Cavalry Corps that compelled Robert E. Lee's surrender at Appomattox Courthouse. Sheridan's innovative cavalry tactics and "total war" strategy became staples of twentieth-century warfare.

After the war, Sheridan ruthlessly suppressed the raiding Plains Indians much as he had the Confederates—by killing warriors and burning villages—but he also defended reservation Indians from corrupt agents and contractors. Sheridan, an enthusiastic hunter and conservationist, later ordered the U.S. cavalry to occupy and operate Yellowstone National Park to safeguard it from commercial exploitation.

Wheelan has delivered an exciting and crisply written biography that, especially in his accounts of battles, fairly gallops across the page in the company of a personality who seemed to his own contemporaries like a god of war incarnated in the body of a pint-size Irish immigrant. —Wall Street Journal

Joseph Wheelan, a graduate of the University of Wyoming and University of Colorado at Denver, is the author of several books, including the highly acclaimed Terrible Swift Sword and Jefferson’s War. Before turning to writing books full time, he was a reporter and editor for the Associated Press for twenty-four years, where he also wrote about the Korean War.