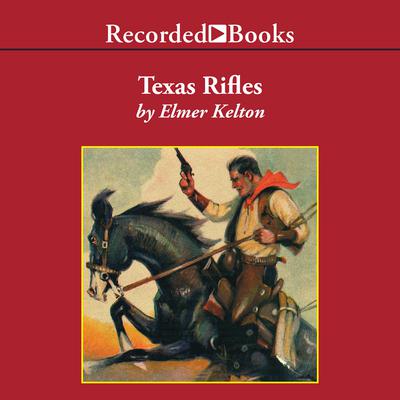 Six-time winner of the Golden Spur Award, Elmer Kelton crafts stories that carry listeners into some of the most vivid years of the American West. Texas Rifles is an action-filled tale of courage in the face of divided loyalties. In 1861, men are enlisting in the Texas Mounted Rifles to keep the land free from Indian raids. There are larger conflicts, however. Texas has seceeded from the union while war brews between the North and the South. Sam Houston Cloud has just joined the Texas Rifles. But he is deeply disturbed by the suffering he sees on all sides: White and Indian, Texan and immigrant. Elmer Kelton has an amazing talent for sweeping away stereotypes and filling his novels with unique, unforgettable men and women who know the ways of the frontier. Audie Award-winning narrator George Guidall's performance is superb. And from the first chapter of Texas Rifles, you'll understand why The El Paso Herald-Post calls Kelton "a Texas treasure."

Elmer Kelton (1926–2009) was an award-winning author of more than forty novels, including The Time It Never Rained, Other Men’s Horses, Texas Standoff, and Hard Trail to Follow. He grew up on a ranch near Crane, Texas, served in the infantry in World War II, and earned a journalism degree from the University of Texas. His first novel, Hot Iron, was published in 1956. Among his awards have been seven Spurs from Western Writers of America and four Western Heritage awards from the National Cowboy Hall of Fame. His novel The Good Old Boys was made into a television film starring Tommy Lee Jones. In addition to his novels, Kelton worked as an agricultural journalist for forty-two years.