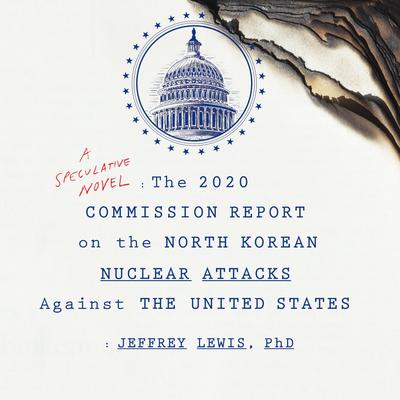 The 2020 Commission Report on the North Korean Nuclear Attacks Against the United States is an exciting piece of "speculative fiction." The novel posits that there was a nuclear attack against the U.S. on March 21, 2020 by North Korea, and that a national bipartisan commission was created to investigate what and how it happened. It's pretty scary stuff.

Jeffrey Lewis, PhD is a columnist for Foreign Policy, a scholar at the Middlebury Institute of International Studies at Monterey, and a research affiliate at the Stanford University Center for Security and International Cooperation. He previously worked for the Department of Defense. Also a former director of the Nuclear Strategy and Nonproliferation Initiative at the New America Foundation and former executive director of the Managing the Atom Project at the Belfer Center at the Harvard Kennedy School, he is currently the publisher of ArmsControlWonk.com, the leading blog on disarmament, arms control, and nonproliferation. In addition to hosting the Arms Control Wonk podcast, he was profiled on This American Life, and has written for the New York Times, the Atlantic, the Daily Beast, the Washington Post, and elsewhere.