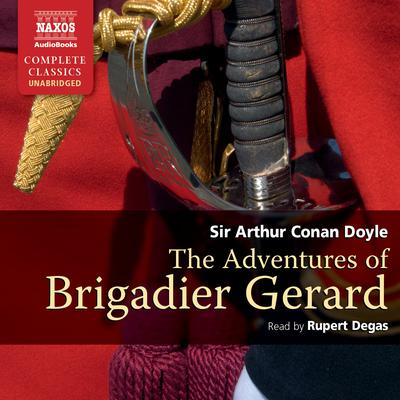 The Adventures of Brigadier Gerard

With a horse between his thighs and a weapon in his grip, the dashing Brigadier Etienne Gerard, colonel of the Hussars of Conflans, gallops through the Napoleonic campaigns on secret missions for his beloved emperor and his country. He encounters danger and hairbreadth escapes but never loses his bravado, his eye for a pretty girl, his boastfulness, or his enormous vanity. Gerard is Conan Doyle’s most lovable character. At times hilarious, at times touching, these stories are among Conan Doyle’s most popular.

“One of the cleverest of Conan Doyle’s lighter works, full of spirit, ingenuity, and drollery.” —New York Times