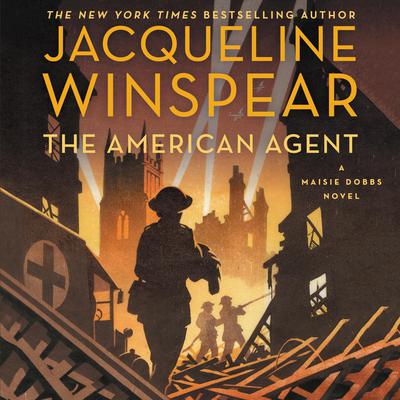 Beloved heroine Maisie Dobbs, “one of the great fictional heroines” (Parade), investigates the mysterious murder of an American war correspondent in London during the Blitz in a page-turning tale of love and war, terror and survival. When Catherine Saxon, an American correspondent reporting on the war in Europe, is found murdered in her London digs, news of her death is concealed by British authorities. Serving as a linchpin between Scotland Yard and the Secret Service, Robert MacFarlane pays a visit to Maisie Dobbs, seeking her help. He is accompanied by an agent from the US Department of Justice—Mark Scott, the American who helped Maisie get out of Hitler’s Munich in 1938. MacFarlane asks Maisie to work with Scott to uncover the truth about Saxon’s death.

As the Germans unleash the full terror of their blitzkrieg upon the British Isles, raining death and destruction from the skies, Maisie must balance the demands of solving this dangerous case with her need to protect Anna, the young evacuee she has grown to love and wants to adopt. Entangled in an investigation linked to the power of wartime propaganda and American political intrigue being played out in Britain, Maisie will face losing her dearest friend—and the possibility that she might be falling in love again.

“This is a fantastic read for historical mystery fans who enjoy complex and flawed characters. Highly recommended.” —Library Journal (starred review)
“Excellent…In Winspear’s capable hands, Maisie has evolved into a deeply sympathetic character. Readers will eagerly await her next outing.” —Publishers Weekly (starred review)
“In addition to Americans young and old, narrator Orlagh Cassidy here segues seamlessly among a daunting range of UK voices from Mayfair to Scotland…Her Maisie is a winning heroine, and this production is thoroughly entertaining.” —AudioFile
“An immersive tale of wartime grit and grief. Fans of the series won’t be disappointed; the book can also cross over to historical-mystery buffs and devotees of British detective shows.” —Booklist
“Winspear advances Maisie’s inspiring activities, highlights the bravery of an embattled people during the Second World War, and intimates that lessons from that period have yet to be learned.” —Kirkus Reviews
“Winspear captures the juxtaposition of the utter chaos and eerie normalcy of the Blitz with cinematic style…The looming questions of whether she will be able to balance motherhood with her dangerous career is brilliantly relevant both to the era Winspear writes about and the current era.” —BookPage