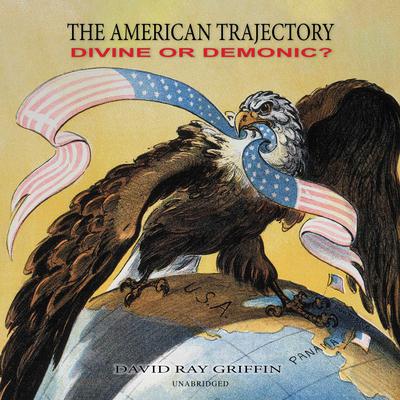 The American Trajectory: Divine or Demonic?

In The American Trajectory: Divine or Demonic? David Ray Griffin traces the trajectory of the American empire from its founding through to the end of the twentieth century. A prequel to Griffin’s Bush and Cheney, this book demonstrates with many examples the falsity of the claim for American exceptionalism, a secular version of the old idea that America has been divinely founded and guided.

The introduction illustrates the claims for divine providence and American exceptionalism from George Washington to the book Exceptional by Dick and Liz Cheney. After pointing out that the idea that America is an empire is no longer controversial, it then contrasts those who consider it benign with those who consider it malign. The remainder of the book supports the latter point of view.

The American Trajectory contains episodes that many readers will find surprising:

The conclusion deals with the question of how knowledge by citizens of how the American Empire has behaved could make America better and how America, which had long thought of itself as the Redeemer Nation, might redeem itself.

“All who regard themselves as responsible citizens should expose themselves to Griffin’s arguments set forth so lucidly, persuasively, and imaginatively in this indispensable book.” —Richard Falk, Emeritus Professor of International Law, Princeton University, on Bush and Cheney

David Ray Griffin is emeritus professor of philosophy of religion and theology at Claremont School of Theology and Claremont Graduate University and the codirector of the Center for Process Studies. He edited the SUNY Series in Constructive Postmodern Thought, which published thirty-one volumes. He has written some thirty books, edited over a dozen, and authored more than 200 articles and chapters. His most recent books are Bush and Cheney: How They Ruined America and the World and Unprecedented: Can Humanity Survive the CO₂ Crisis?