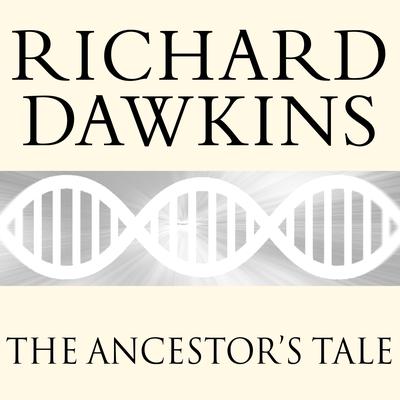 The Ancestor's Tale: A Pilgrimage to the Dawn of Evolution

In The Ancestor's Tale, evolutionary biologist Richard Dawkins offers a masterwork: an exhilarating reverse tour through evolution, from present-day humans back to the microbial beginnings of life four billion years ago. Throughout the journey Dawkins spins entertaining, insightful stories and sheds light on topics such as speciation, sexual selection, and extinction. The Ancestor's Tale is at once an essential education in evolutionary theory and riveting in its telling.

Richard Dawkins, an acclaimed biologist, is a fellow of the Royal Society and was the inaugural holder of the Charles Simonyi Chair of Public Understanding of Science at Oxford University. He is the author of numerous books, including The Selfish Gene, Climbing Mount Improbable, Unweaving the Rainbow, The Ancestor’s Tale, The God Delusion, and The Greatest Show on Earth. He has received a number of honorary doctorates from colleges and universities around the world and has received many awards and honors throughout his career, most notably a Finlay Innovation Award, the Michael Faraday Award, the Nakayama Prize, the Kistler Prize, and the Nierenberg Prize for Science in the Public Interest.