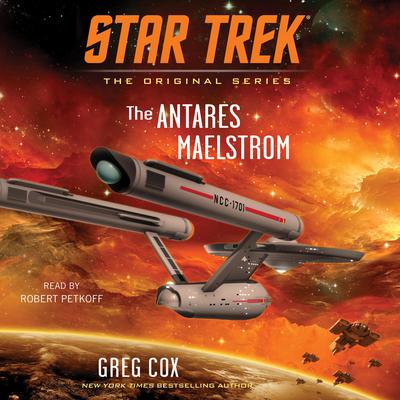 The final frontier erupts into chaos as vast quantities of a rare energy source are discovered beneath the surface of Baldur-3, a remote planet beyond the outer fringes of Federation space. Now an old-fashioned “gold rush” is underway as a flood of would-be prospectors, from countless worlds and species, races toward the planet to stake their claim. The galactic stampede threatens the stability of neighboring planets and space stations, as widespread strife and sabotage and all-around pandemonium result in a desperate need for Starfleet assistance. Captain James T. Kirk and the crew of the Starship Enterprise are dispatched to deal with the escalating crisis…which lies on the other side of a famously perilous region of space known as the Antares Maelstrom.

Greg Cox is the Scribe Award–winning New York Times bestselling author of numerous books and short stories. He has written movie novelizations of such films as Godzilla, Man of Steel, and The Dark Knight Rises. He has also written tie-in novels based on such popular television series as Alias, CSI: Crime Scene Investigation, Leverage, Star Trek, and Warehouse 13. He lives in Oxford, Pennsylvania.