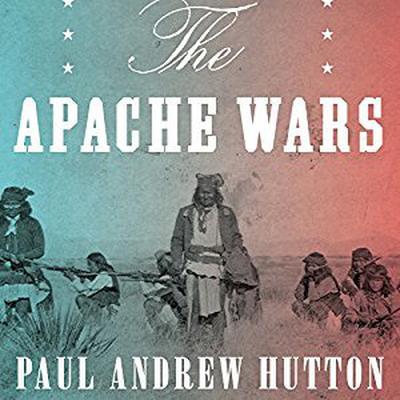 The Apache Wars: The Hunt for Geronimo, the Apache Kid, and the Captive Boy Who Started the Longest War in American History

They called him Mickey Free. His kidnapping started the longest war in American history, and both sides blamed him for it. A mixed-blood warrior who moved uneasily between the worlds of the Apaches and the American soldiers, he was never trusted by either but desperately needed by both. Free was the only man Geronimo ever feared. He played a pivotal role in this long war for the Southwest with his pursuit of the renegade scout, Apache Kid.

In this sprawling, monumental work, Paul Hutton unfolds over two decades of the last war for the West through the eyes of the men and women who lived it. This is Mickey Free's story, but also the story of his contemporaries: the great Apache leaders Mangas Coloradas, Cochise, and Victorio; the soldiers Kit Carson, O. O. Howard, and Nelson Miles; the frontiersmen Al Sieber, Tom Horn, and Texas John Slaughter; the scout Alchesay and the Apache female warrior Lozen; the fierce Apache warrior Geronimo; and the Apache Kid. These lives shaped the violent history of the deserts and mountains of the Southwestern borderlands where a people would make a final, bloody stand against an American war machine bent on their destruction.

Paul Andrew Hutton is an American cultural historian, author, documentary writer, and television personality. He is also a professor of history at the University of New Mexico, a former executive director of the Western History Association and former president of the Western Writers of America.